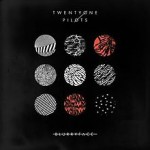 Blurryface is the fourth studio album by American duo Twenty One Pilots. Originally set to be released on May 19, 2015 through Fueled by Ramen, the album was released two... Read More 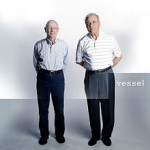 Vessel is the third studio album from American duo Twenty One Pilots which was released on January 8, 2013 through Fueled by Ramen. Track Listing Ode to Sleep Holding on... Read More